The Chilcano is one of Peru’s best loved drinks, alongside the Pisco Sour of course. 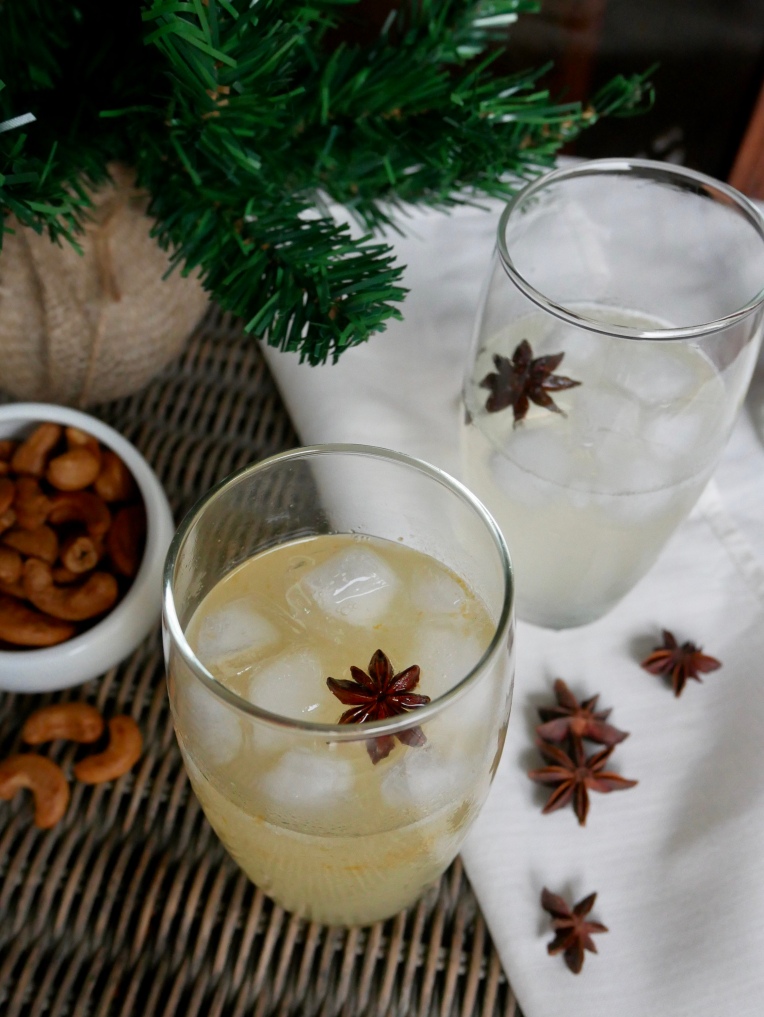 It’s quick and easy to make as the recipe only consists of pisco, ginger ale and limón juice (and ice, naturally). It can be drunk in a number of variations according to the type of ingredient macerated in the pisco beforehand (think fruits, like blueberries, or spices, like cinnamon.)

The chilcano has always seemed to me like the perfect summer cocktail and with Christmas here being in summer, it could in fact be the perfect festive cocktail too. With, as might be expected, a slight alteration.

My version doesn’t involve any kind of maceration, instead it changes up the key ingredient of sweet tasting ginger ale to it’s more intense sibling, ginger beer. The flavour of ginger beer lends a kind of spiciness and heat to the cocktail, so while still being a great long summer drink over ice, it has the kind of ginger flavour I expect from Christmas. Plus, adding the star anise as garnish means you get the scent of sweet spice before you take a sip, which I just love.

Just a little note as to why my chilcano are two different colours in these photos!! I tried adding a little juice from a freshly squeezed orange, but the flavour didn’t come through at all so I left it out of the final recipe. I also tested two kinds of ginger beer that we have here in Peru, but I definitely preferred the flavour of Mr Perkins the best. It has such a great hot ginger taste, which is exactly what I was after in this recipe. 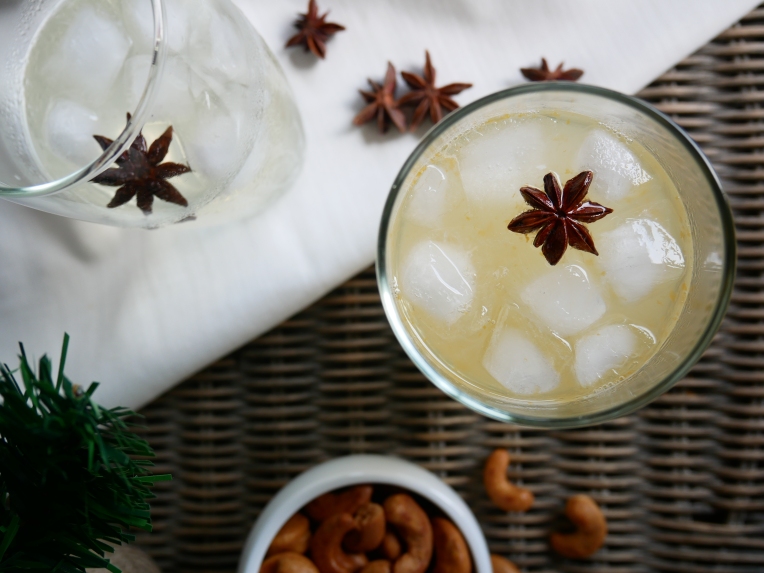 So, if you fancy changing up the drinks at your next Christmas party, give these festive Peruvian cocktails a whirl!

Juice of 1/2 – 1 fresh limón (to taste – some people prefer more limón to others, plus the flavour of the ginger beer overpowers the limón more than the ginger ale would in a regular chilcano ) – you can substitute for 1/4 – 1/2 regular lime if you can’t get limón

1. Take a tall glass and add the pisco.

2. Squeeze in the limón and top up with the ginger beer.

3. Pop in a few ice cubes and garnish with the star anise floating on top.