The view from the old walls of Lucerne is amazing.

You can see across the whole city and part of the lake and I think it’s a must do when visiting the city. 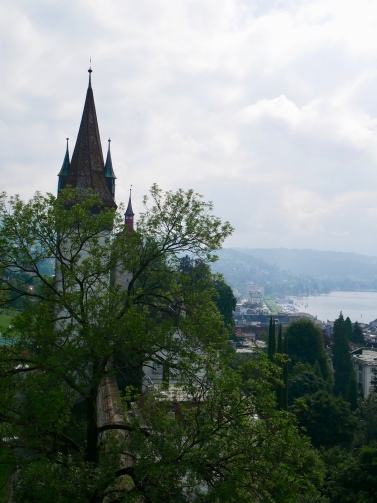 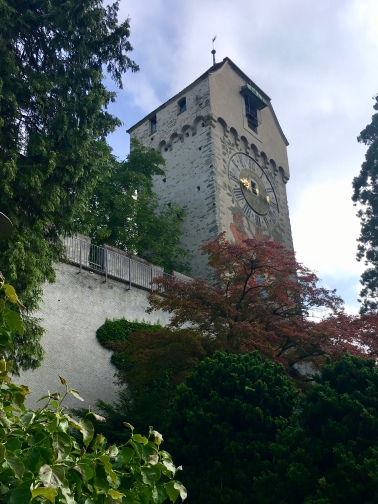 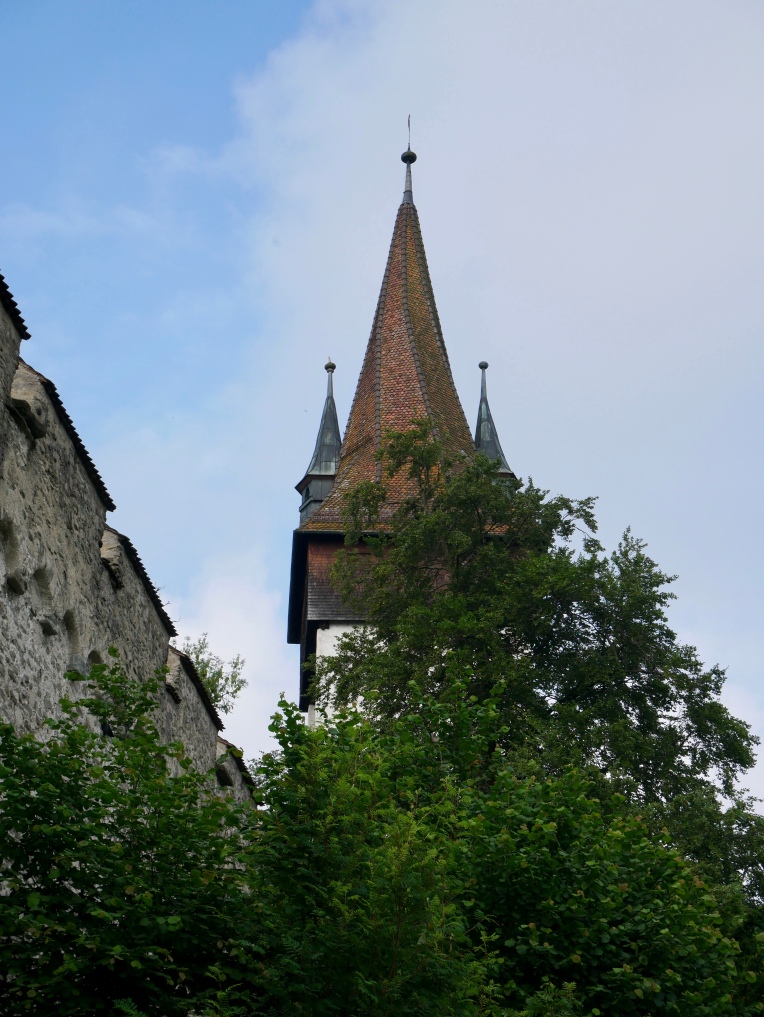 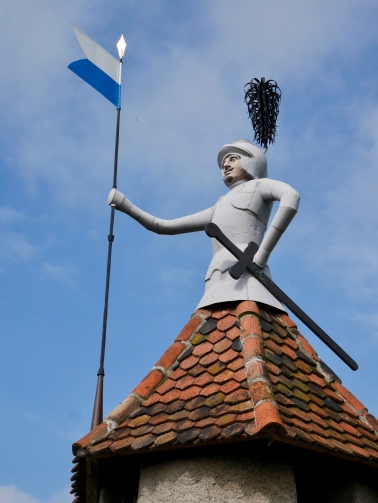 The old walls, or Museggmauer, here were built in the 14th century to help protect the city and the part you can visit runs along the north (ish) side of the old city. There are nine towers in total along the wall but you can only visit four of them: The Männli tower (with the soldier on the top), the Wacht tower, the Zyt tower (the amazing clock tower), and the Schirmer tower. There are little maps along the wall to show you how far up and down the towers you can go and the route you should take.

I think the best route to take is probably from west to east (so you’ll end up back in the centre), although I ended up joining the wall part way along when I found the clock tower so I had to double back! The most interesting tower had to be the clock tower, or Zuitturm (Zyt Tower), because it’s just filled with clock mechanisms and information. Plus the tower’s actual clock is the oldest in the city and was put into place in 1535. That honour allows it to chime the hour one minute before all the other clocks in the city. From this section of the wall and tower you get some incredible views of the lake and the city and on the day that I was there the sky was pretty dramatic, which made for some intense photos! 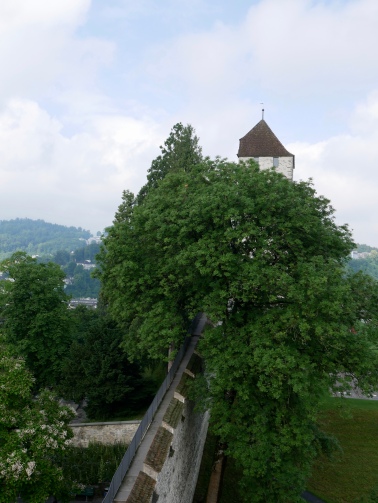 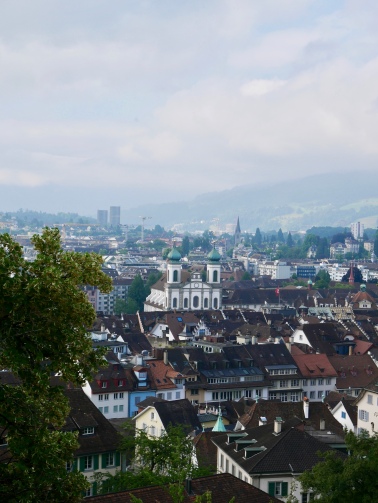 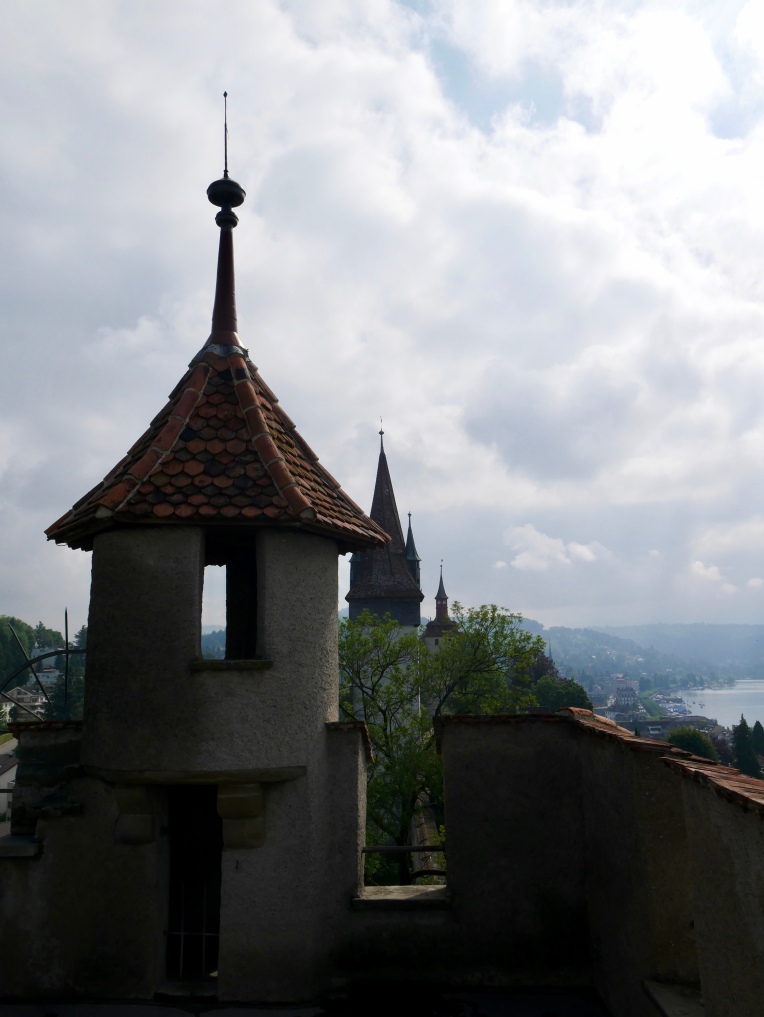 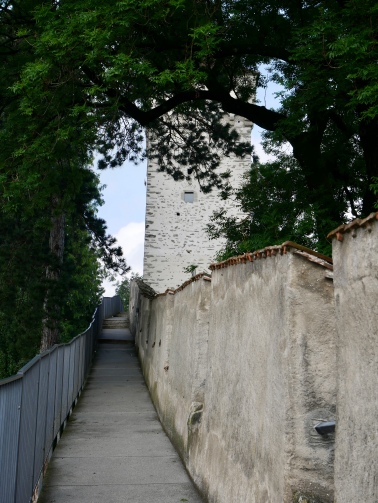 The Männli tower, or Männliturm, has some stunning views over the river and town beyond, which gives a fabulous contrast between the turquoise waters below and the terracotta tiles above. You can also look along the wall from here and see a couple of the previous towers. Plus, if you wanted to get a good view of Château Gütsch, then this tower is the closest and so offers the best lookout.

I headed up to the walls at about 9am, and I had the first couple of towers basically all to myself, but then I bumped into a school trip and a tour group. I found though if you just waited around 5 minutes they seemed to just disappear and all was calm again! 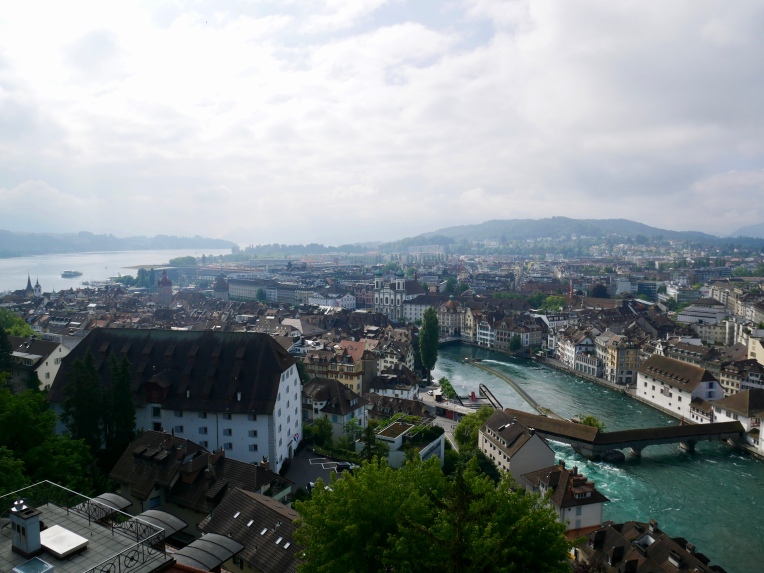 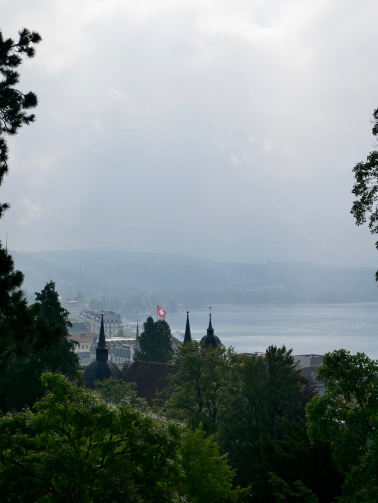 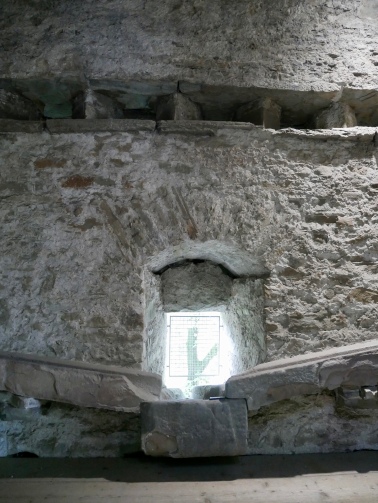 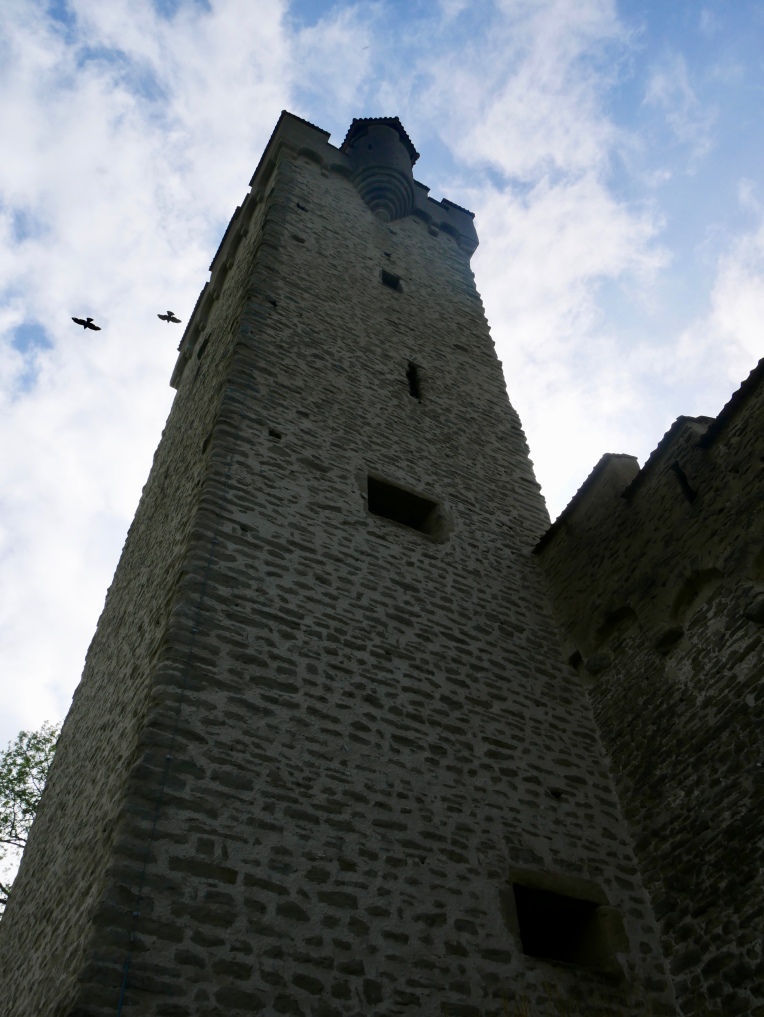 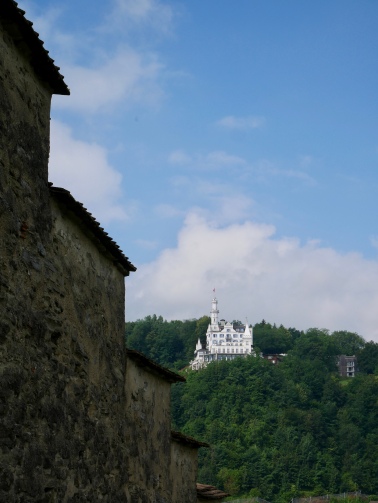 Walking the walls is an amazing way to see Lucerne and something I definitely think you should make time for on your visit here. Bear in mind it’s only possible from April to October I believe and from 8am – 7pm, so if it’s something you want to do make sure you visit then!

(If you’re wondering what else you can do here in Lucerne then take a look at my Lucerne post here and lake walk post here.) 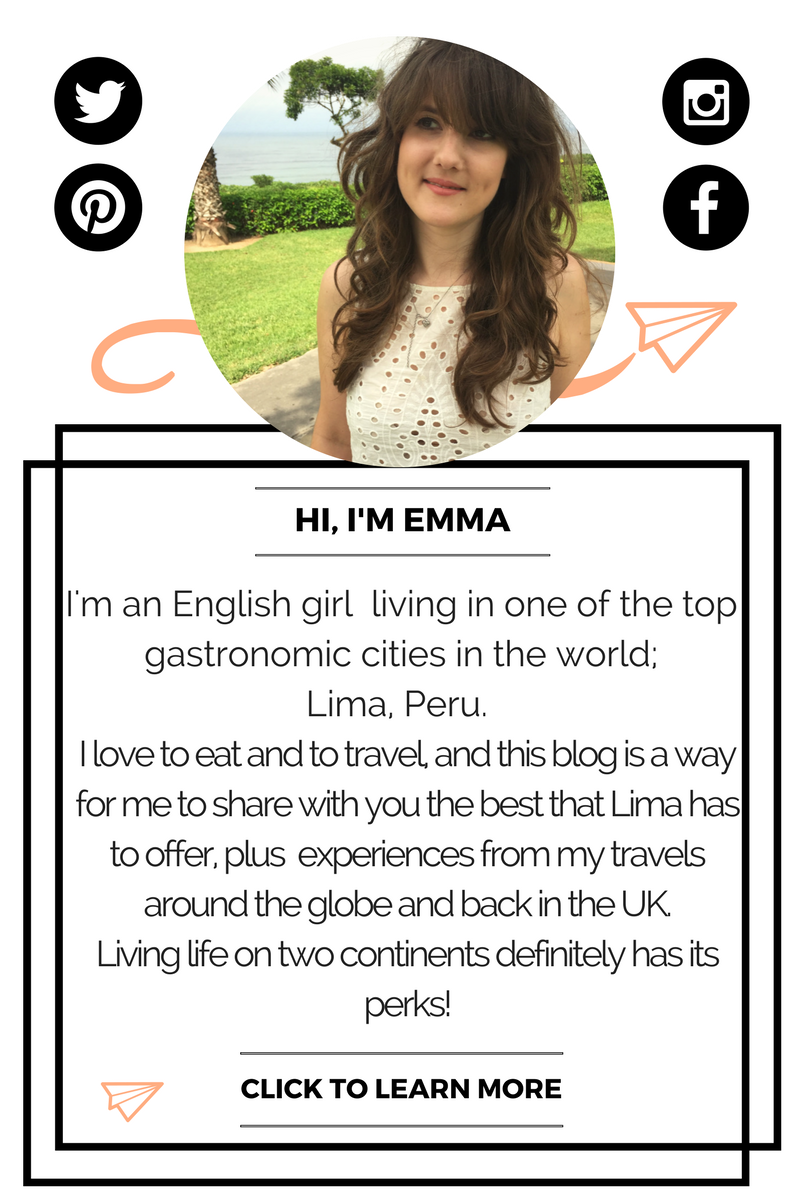