Tintagel Castle lies on the north coast of Cornwall and was supposedly home, at one point, to the legendary King Arthur.

The castle has a pretty spectacular location, although, saying that, the castle is incredible all by itself.

And that’s not even half of it! 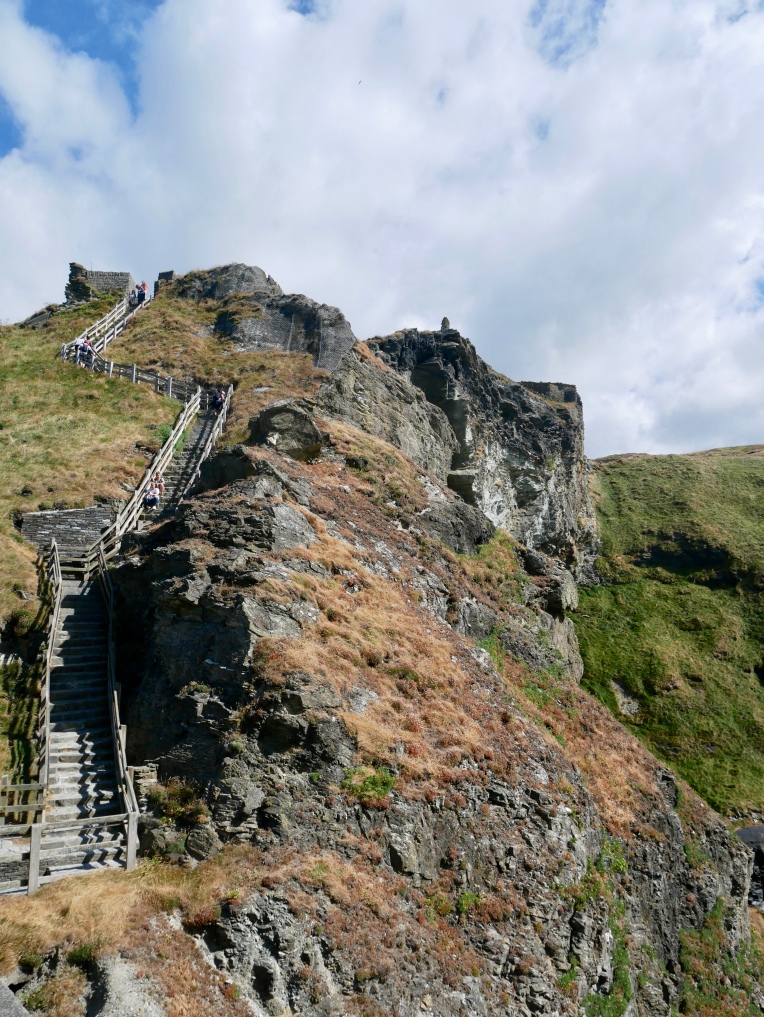 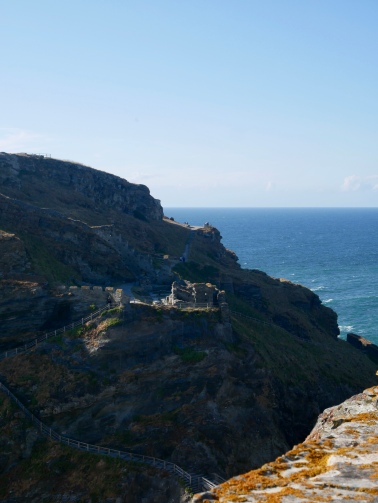 It sits high up on the cliffside, with only some of the walls, pathways and rooms remaining. The middle of the structure is long gone, leaving a gaping chasm, between the mainland and headland, where a building once stood. I feel like this only makes it all the more dramatic. 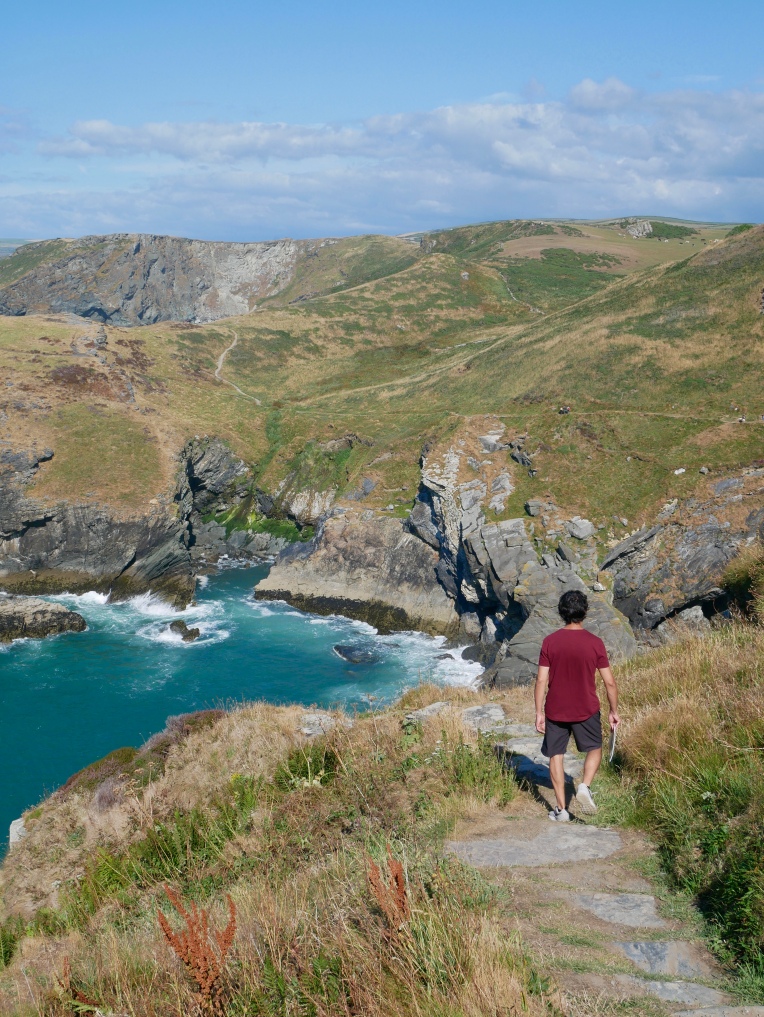 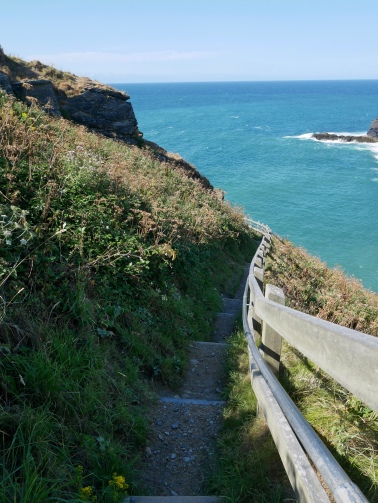 Thankfully the weather was perfect when we visited. It was such a warm sunny day and the sea was just an incredible deep turquoise colour. Stunning.

We were actually lucky to visit when we did, as sadly the castle is now closed until Spring 2019 for bridge construction. But honestly, visiting when the weather isn’t freezing seems a better idea to me anyway (it’s windy up on the headland!), so plan a trip for next spring/summer and everything will be back to normal!

The history of the castle is a long one, with ruins dating back as far as the fifth century, although not many buildings remain from this period. From the Dark-Ages a large amount of pottery was found, leading historians to believe that it was definitely a place of great importance at that time with trade links to the Mediterranean. 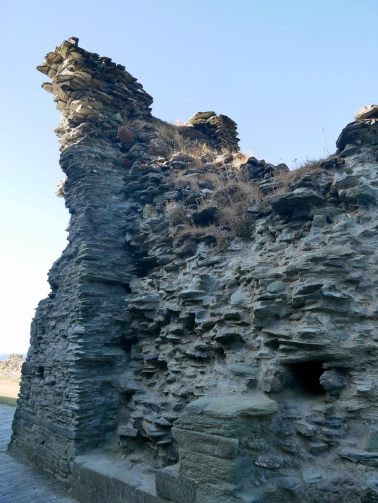 The main section of buildings that you’ll see when you arrive comes from the 13th century when Richard, the Earl of Cornwall, decided to build a castle on the site. No matter what age the ruins, fifth or 13th century, it is amazing to walk amongst the walls that once housed people from so long ago.

Tintagel has been an important site in terms of Cornish history, but also that of English legend too. It’s been named in books and poems as the seat of Cornish kings and the backdrops of romance, but the main legend that everyone knows, is that of King Arthur. 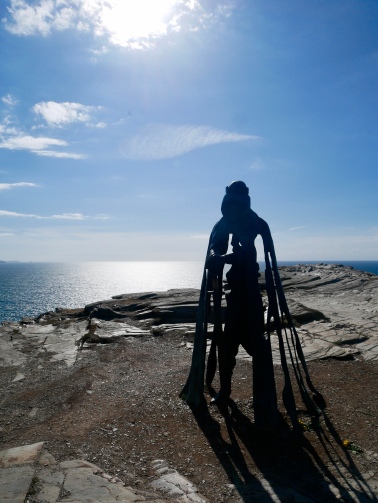 A statue of, what some believe to be Arthur, stands on a rocky outcrop at the furthest point of Tintagel. It’s official name is Gallos, the Cornish for power, so really it could refer to anyone that reined here throughout Tintagel’s history. I quite like to believe that he was; that he ruled here with Merlin at his side (and maybe even a dragon in one of the caves below!) and that somewhere the round table and his knights all stood. But who knows? Another reminder of the same legend is Merlin’s Cave. This underground chamber sits at the edge of the cove cutting underneath the castle and at low tide it can be explored by clambering over the rocks and rock pools left behind. The sea comes in from the opposite side meaning that the cavern cuts completely through the headland. You don’t need an entry ticket to visit the beach and caves, so if this is all you want to see, then it’s completely free.

It’s an incredible sight to see the waves crashing in through the cave, but also somewhat peaceful at the same time. At the entrance to the cave, an artist has carved Merlin’s face into the rock. If you find yourself down here, then see if you can spot it… 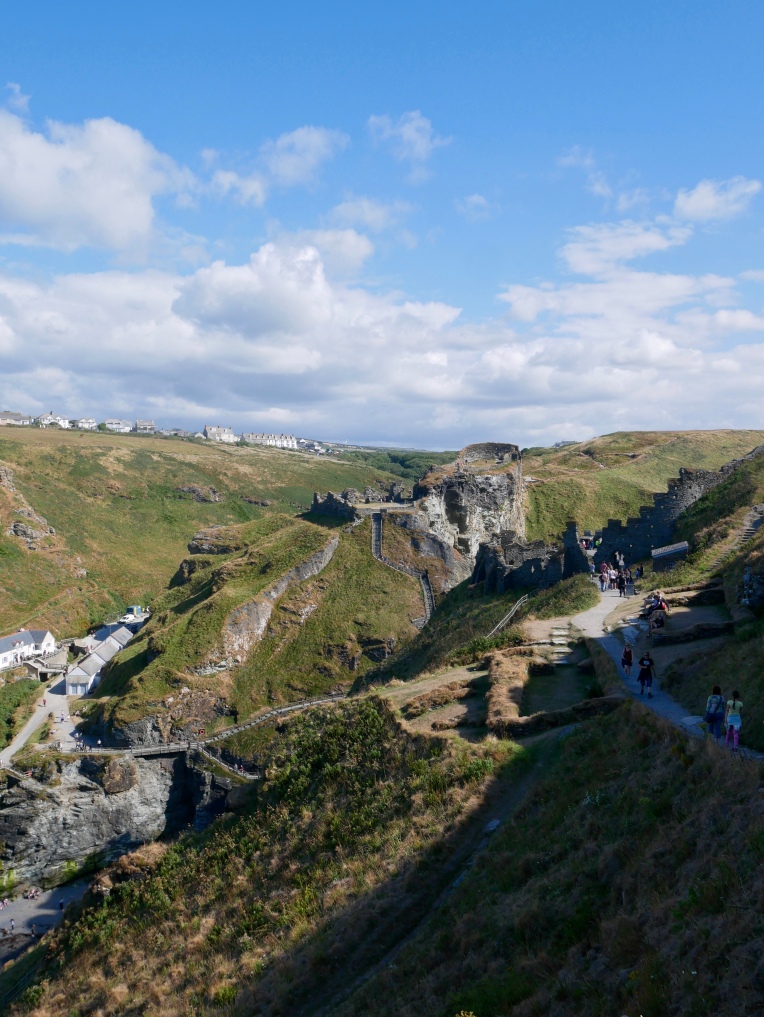 There is a huge amount of land to explore here, so I would definitely take a whole day to do it. We rushed around in only a few hours, and definitely regretted that we hadn’t had more time.

The scenery is stunning and the history itself is interesting, both factual and legendary, so there are no shortage of discoveries to be had while visiting. After all, walking in the footsteps of the legendary King Arthur is an experience you just have to have!