Back in July, we made a little trip down to Lansallos Cove on the south coast of Cornwall.

The coastline is super dramatic, with jagged cliffs and rocks jutting out all over the place.

There’s no access to the cove by car, so leave your transport in the assigned car park and head down the cliffside on foot to the beautiful secluded cove.

The walk down to the cove is a tunnel full of lush greenery that breaks out into meadows with a sea view. 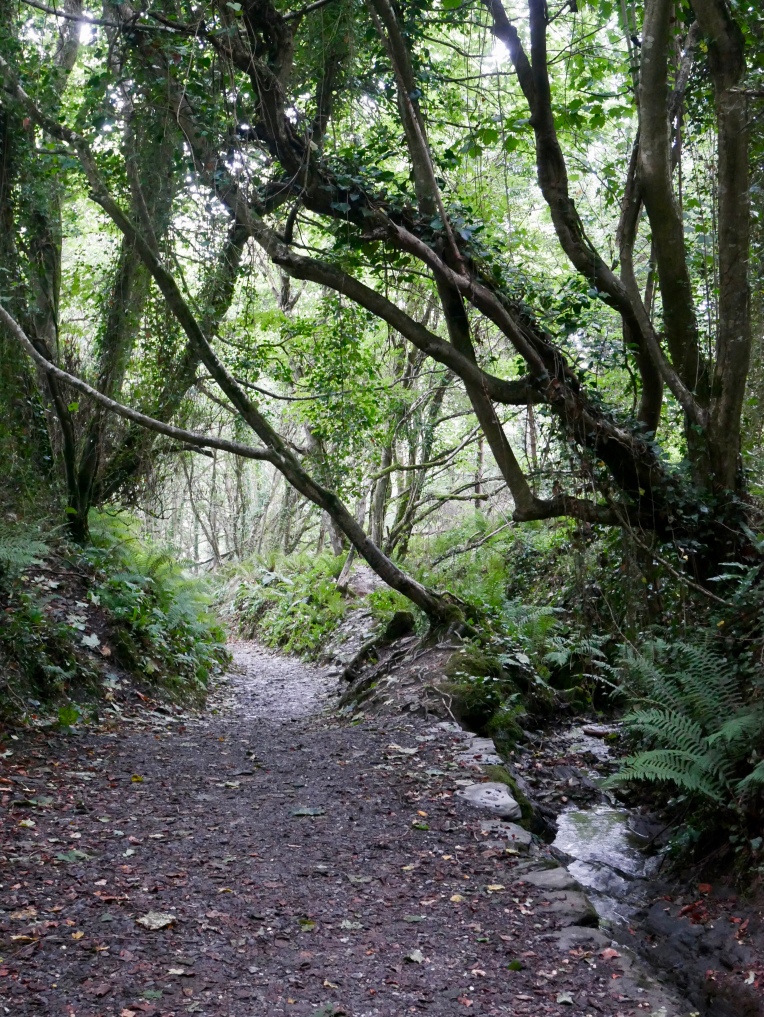 It had rained the previous couple of days so everything was very, very green, which was a really pleasant sight after the drought we had had beforehand.

Little wooden bridges and streams follow the path down, until you catch sight of the sea over the tall hedgerow and you know you’re almost there. 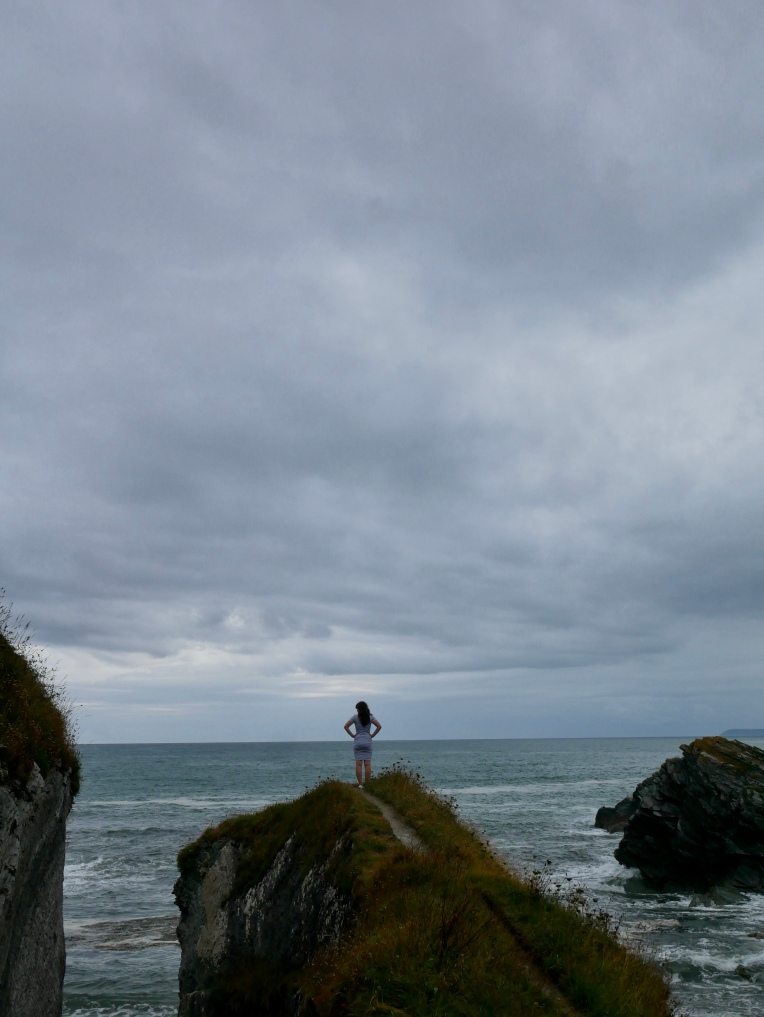 A path has been worn into one of the high rocky faces and if you head to the end you’ll be rewarded with gorgeous views of the cliffs and of the cove below.

I love that the main pathway breaks out into the cove with rocks on either side. It makes for a very picturesque entrance. 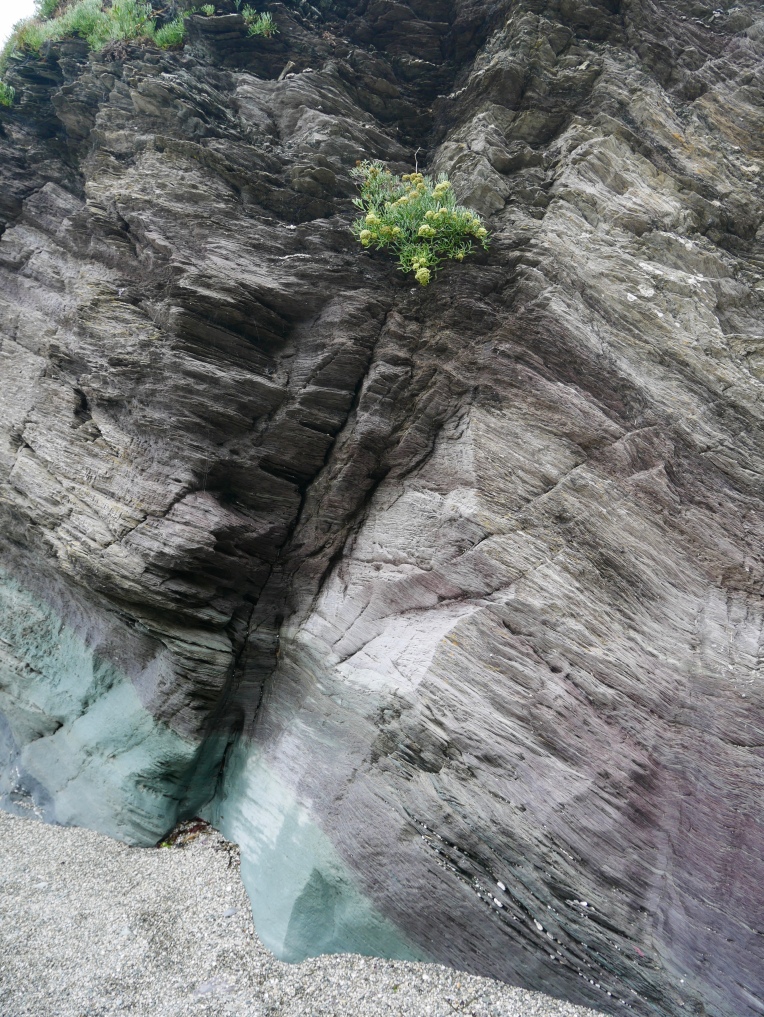 The cove itself is beautiful and very secluded, as you can only see it once you’re down there. It’s not very big, so I imagine it might get full on a gorgeous hot weekend. 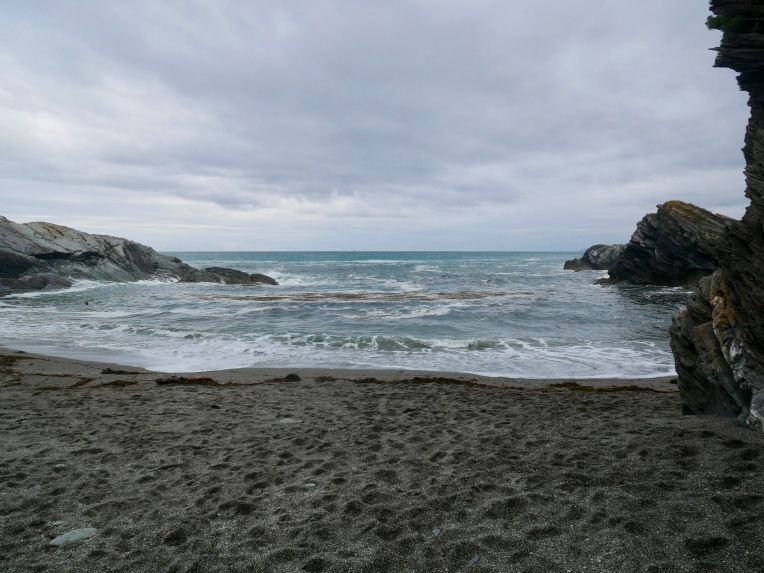 I wish it had been a sunny day when we visited, so that the sea would have been a sparkly turquoise, however the bright cloudy sky lent for a moody atmosphere. 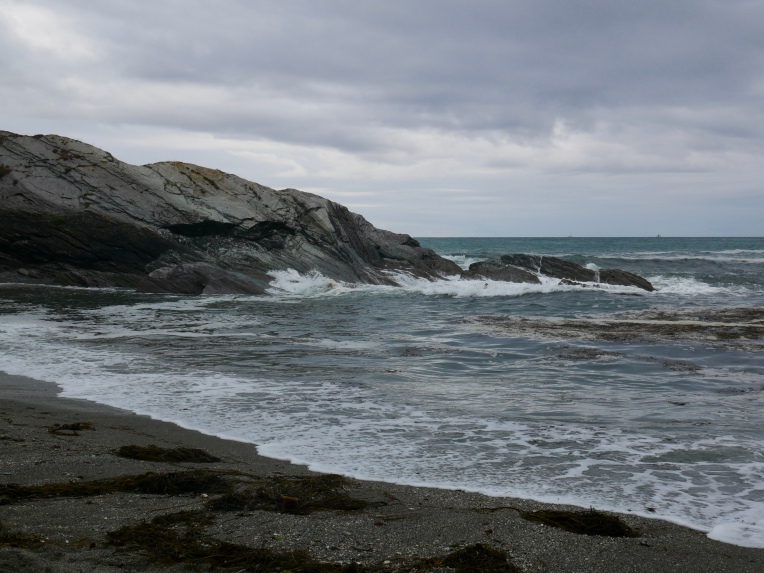 Plus, with better weather, there probably would have been a lot more visitors, so maybe a tranquil visit on a cloudy day was a better option. 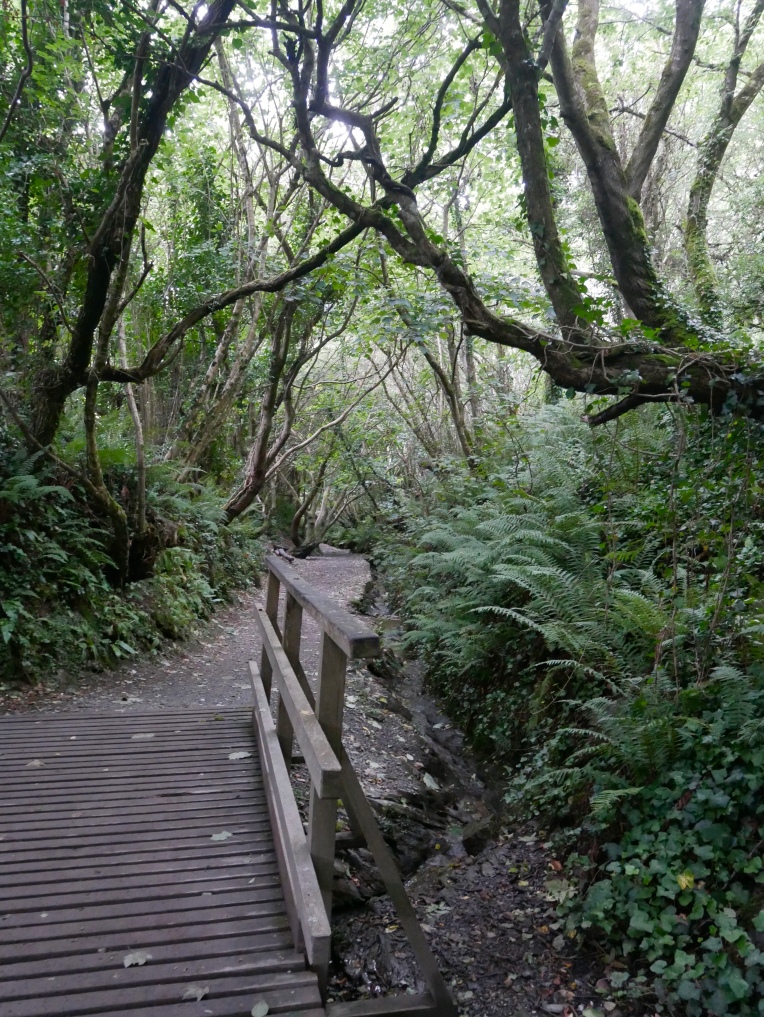 The walk down is so beautiful that you might forget how far you actually came, so just be prepared for the trip back up the cliffside to be a little more strenuous!

If you want to make a trip yourself, then Lansallos is located between Polperro and Polruan on the south coast of Cornwall. If you’re heading to either of these places or even Fowey then it’s definitely worth the detour to visit for the day.

One thought on “Down to Lansallos Cove”